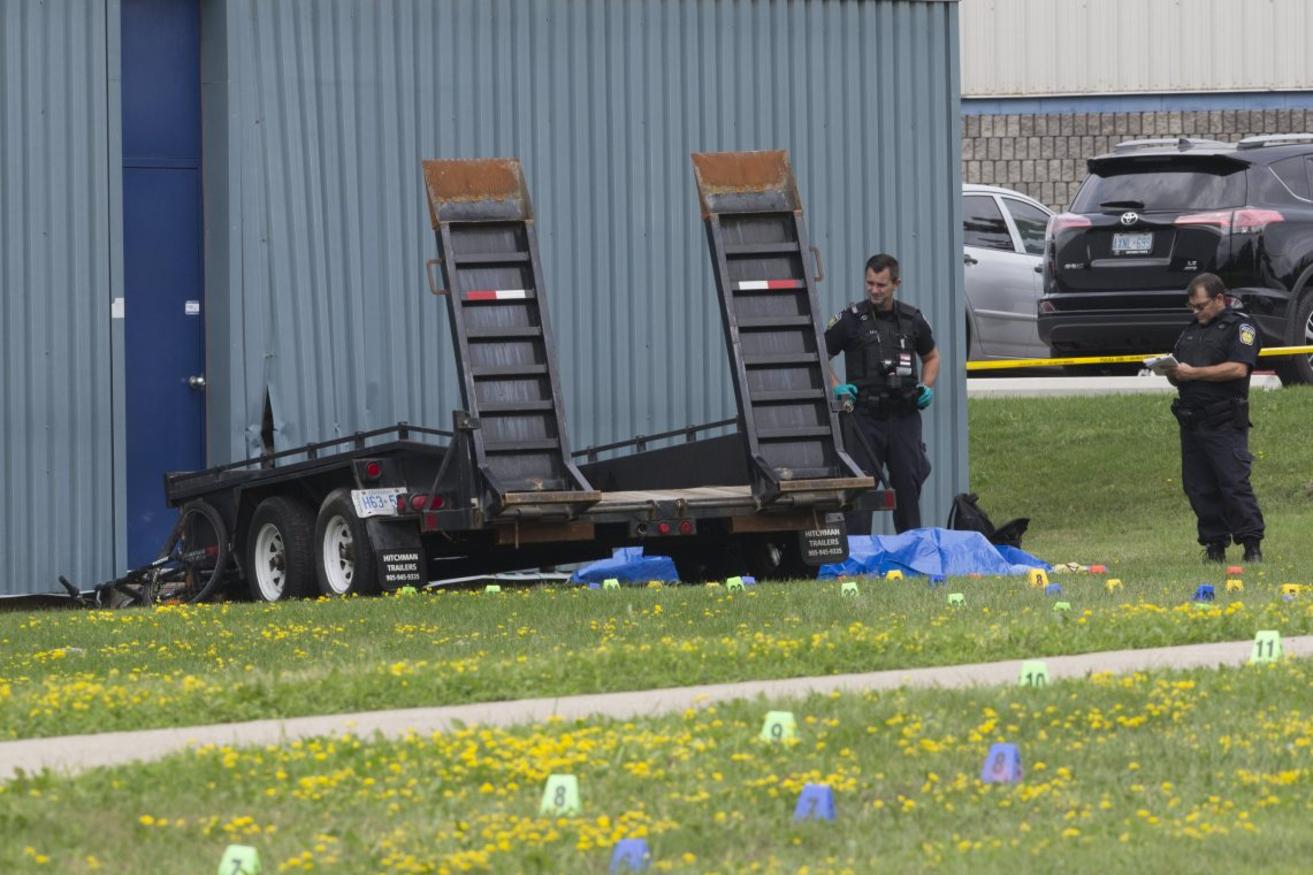 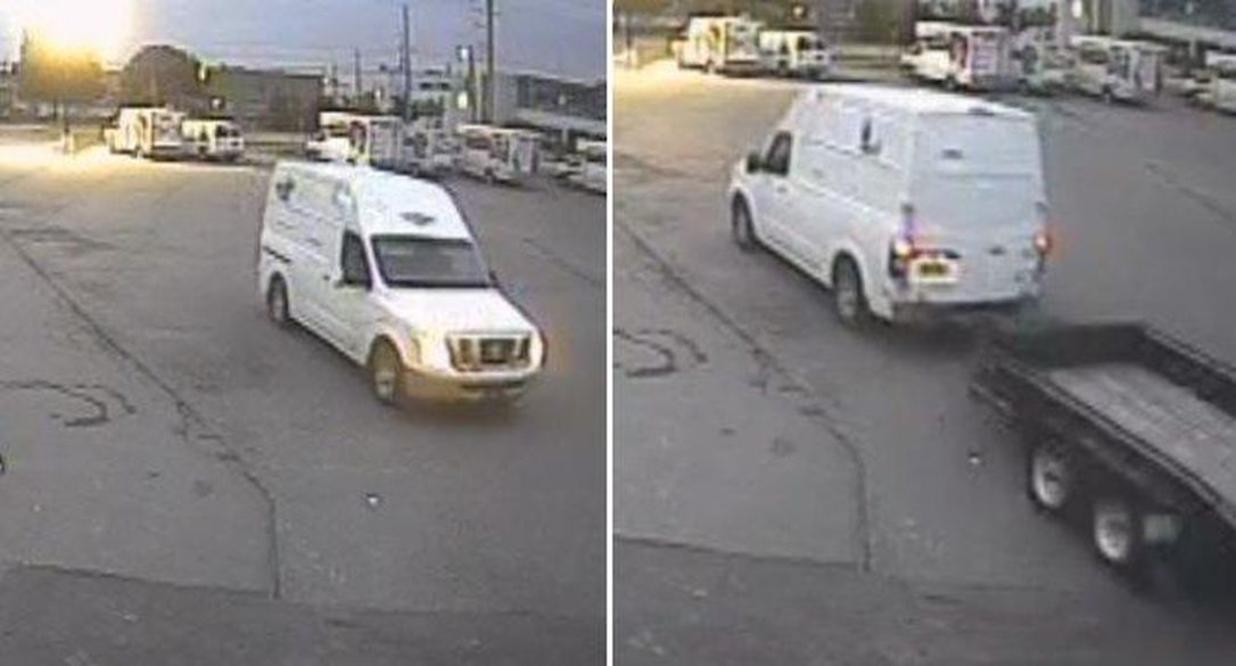 "Trailers Are The Most Often Things Stolen In Canada And The United States On Wheels And The Least Often Found"  I dare anybody to prove our statement wrong.  Way Back in 2011 The Canadian Insurance Underwriter knew all of this.....but once again they did nothing.  We Expose Them.

Peel police at the scene after a cyclist was killed on Summerlea Road in Brampton Wednesday August 1, 2018. Stan Behal/Toronto Sun

A cyclist is dead after a bizarre hit-and-run in Brampton that saw a trailer detach from a stolen van.

“A male adult was struck by a trailer and was found deceased at the scene, and this is a fail to remain,” Const. Iryna Yashnyk said.

“The trailer is on scene but the driver and the cab aren’t. We aren’t sure of the circumstances, but the trailer ended up off the road way.”

How the trailer became disconnected from the van is part of the investigation.

Surveillance shows a white Nissan NV Cargo van, which had been stolen from an area business a short time before the collision, was involved in the crash.

Police believe the driver is aware of what happened. It’s not clear the direction the van was travelling.

Images of the van suspected in Wednesday’s hit-and-run death of a cyclist in Brampton (Peel police handout photos)Police say the driver needs to turn himself in.

“This is a substantial sized vehicle and it would be apparent to the them (the driver) that something was missing. This is not the type of scene we see very often. It’s the first time in my career,” said Const. Akhil Mooken.

“We believe the driver is aware of what happened and should contact a lawyer and turn yourself into police.”

The cyclist, 39, from Brampton was on his way to work and has been identified as Paul De Pledge.

The Details On A Death Of A Random Victim Of Negligence

Here’s what we know so far about the sequence of events in the hit-and-run death of Brampton cyclist Paul De Pledge:

• Early July, a white cargo van is stolen in Brampton;

• 6 a.m. on Wednesday (Aug. 1), a black utility trailer is stolen from a U-Haul yard on East Drive in Brampton. Video shows a white cargo van driving off with it;

• Minutes later, and 1 kilometre away on Summerlea Road, the trailer detaches from the back of the van. Paul De Pledge, 39, who is riding his bicycle to work, is hit by the trailer, dragged off the road and pinned against a building;

• Soon after, two suspects are seen getting out of the van on Jasper Crescent, 6 kilometres away. They are seen in video surveillance footage leaving the area on a motorcycle;

• 8:15 a.m., emergency crews are called to Summerlea Road when an employee arriving for work discovers the trailer against the building, the mangled bike and De Pledge. He is pronounced dead at the scene;

• 4:15 p.m. police are called to Jasper Crescent where they find the stolen van.

Peel Regional Police are searching for the driver of a white cargo van after a cyclist was killed in a hit-and-run involving what police say was a stolen utility trailer Wednesday morning.

Paul De Pledge, a 39-year old Brampton man, was biking to work around 6 a.m. when a trailer became dislodged from the vehicle towing it, and collided with him, police said. 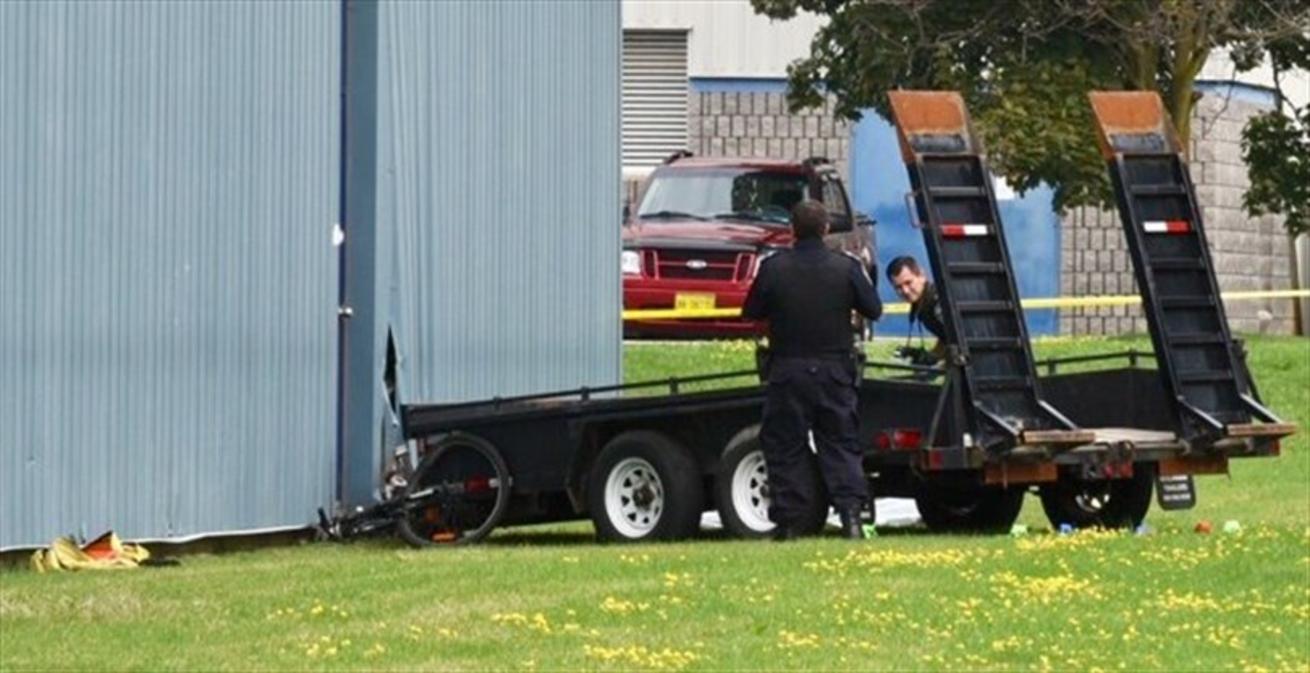 He was dragged along with his bicycle about 100 feet off the road and onto the lawn of a business. The trailer only came to a halt when it hit a building, pinning De Pledge and his bike against the wall. He was not found until 8:03 a.m. when firefighters and paramedics were called and arrived at 8:13 a.m. and attempted to revive De Pledge. He was pronounced dead at the scene, paramedics said.

Police said the vehicle pulling the trailer fled the scene, and they had surveillance footage of the white Nissan NV cargo van with no plates, both with and without the trailer. Police found the unoccupied van on Jasper Cres. at 4:15 p.m. A portion of the street is closed for the investigation.

The trailer had been stolen from a local business not long before the collision occurred, police said. It has “markings” on the driver’s side rear panel, according to Peel police spokesperson Const. Akhil Mooken.

“It’s hard to tell exactly what it (the marking) is,” he said. “It could be paint damage, it could be a logo, it’s hard to see.”

There is still no description of the driver available.[A cyclist was hit, dragged and pinned against a building by this trailer after it apparently detached from a truck on Summerlea Rd. in an industrial area of Brampton. The cyclist, a 39-year-old man on his way to work, was pronounced dead at the scene.]

“Viewing some of the preliminary video surveillance, indications are the driver is aware (that their vehicle struck the cyclist),” Mooken said.

The collision happened in front of Keele Warehousing and Logistics at 90 Summerlea Rd., near Walker Dr., in the area of Torbram Rd. and Steeles Ave. E. The area was closed off for a couple hours but has since reopened.

Police are poring over other video surveillance footage from the street, which is in an industrial area where multiple businesses have cameras, according to police.

Police are urging the driver to speak to a lawyer and surrender.

“Let us know what happened,” Mooken said in a message to the driver.

“This is not one we see very often,” Mooken said of the unusual circumstances. “In my career, this is the first time I’ve seen this.”

Alexandra Jones is a breaking news reporter, working out of the Star’s radio room in Toronto. Follow her on Twitter: @AlexandraMaeJ 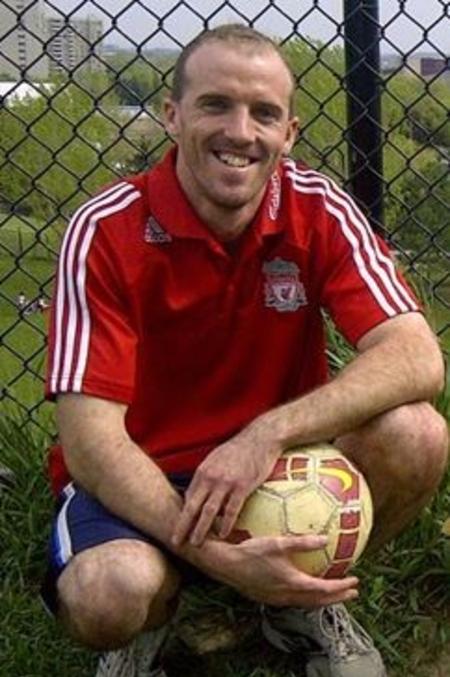