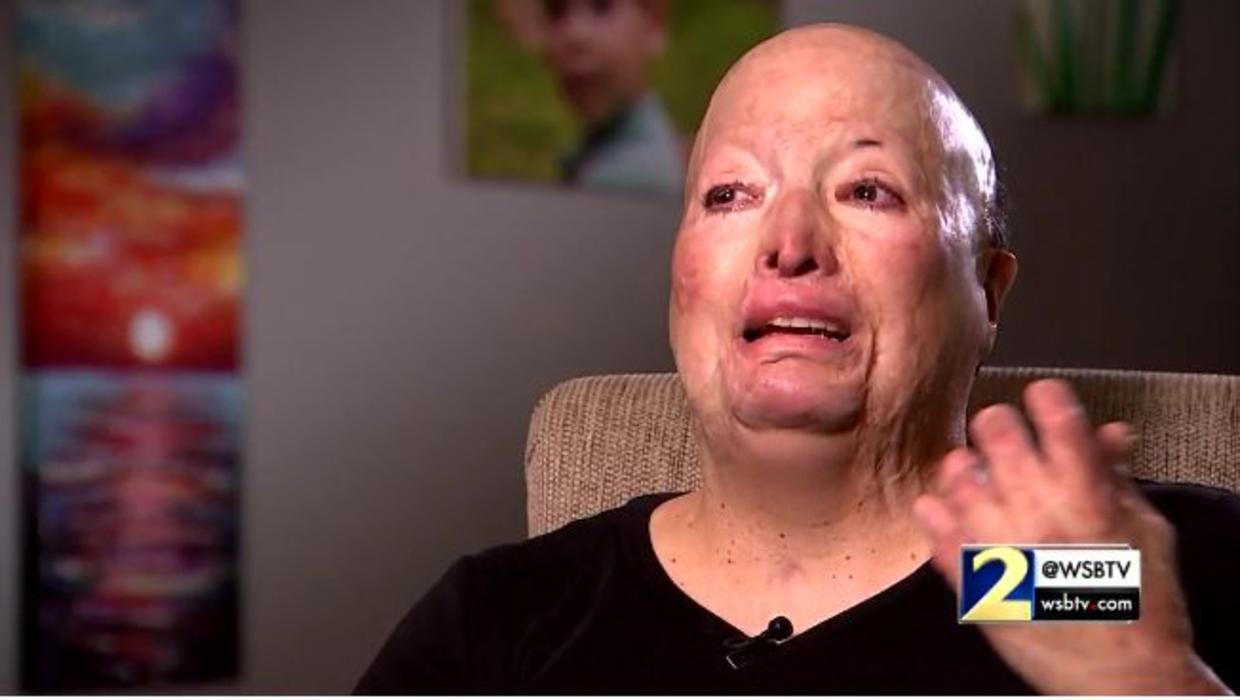 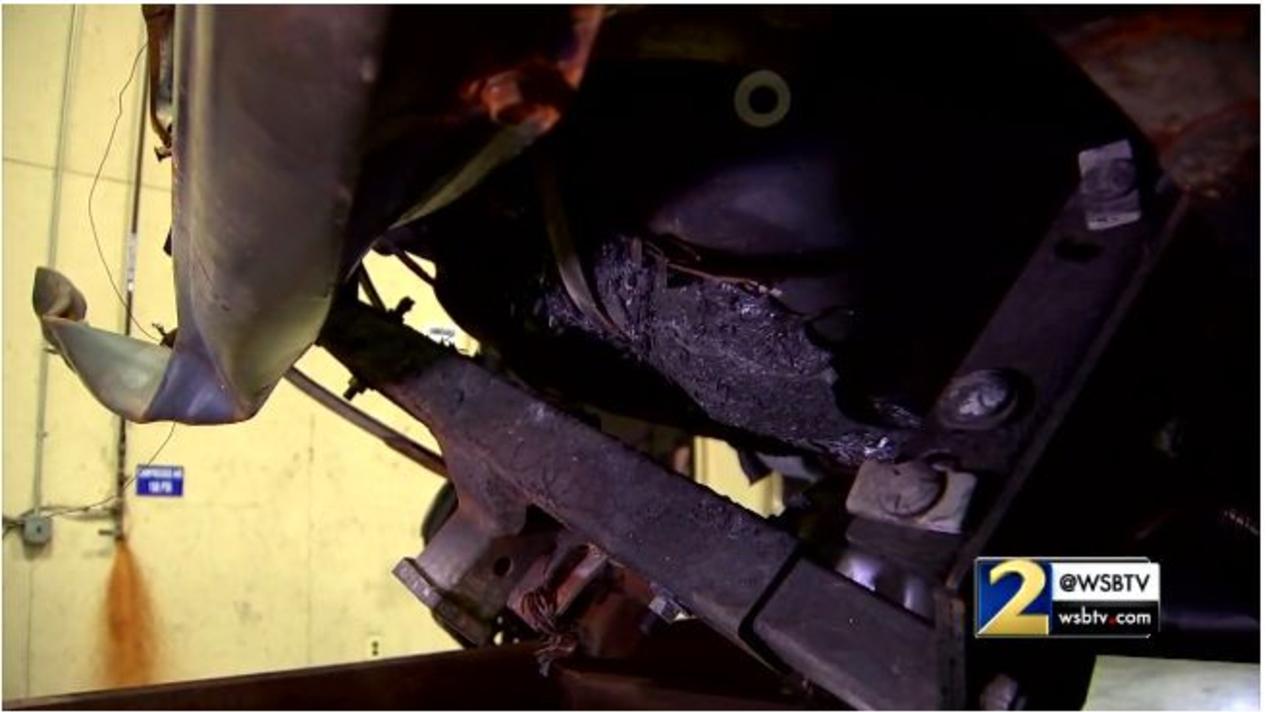 COBB COUNTY, Ga. - Older Jeep Cherokee's. You see them all over the road. Channel 2 consumer investigator Jim Strickland parks next to one every morning at the WSB-TV studios.

A Cobb County family blames Fiat-Chrysler, the maker of Jeep, for the fire that killed their daughter. Sharing the blame is the trailer hitch mounted near her Jeep gas tank.

Strickland says only a fraction of drivers with those gas tanks got any warning of the potential danger.

The danger comes from a gas tank mounted behind the rear wheels, leaving it exposed in a rear-end collision.Erica Scannavino’s family's lawsuit says the tank is only half of a dangerous and sometimes deadly problem.

Scannavino, 32, was killed in July 2017 in Cobb County when a rear-end crash set a Jeep Cherokee ablaze.

"This is not the kind of collision where somebody’s supposed to die," attorney Chris Glover told Strickland.

The lawsuit says she burned alive because of the placement of the gas tank on her 1996 Cherokee and because of the after-market trailer hitch mounted only inches away.

"These after-market trailer hitches can make a bad situation, disastrous," Glover, who represents Scannavino's parents in the lawsuit, said.

The company’s response to the lawsuit and a warning from other crash victims, Monday on Channel 2 Action News at 5 p.m. 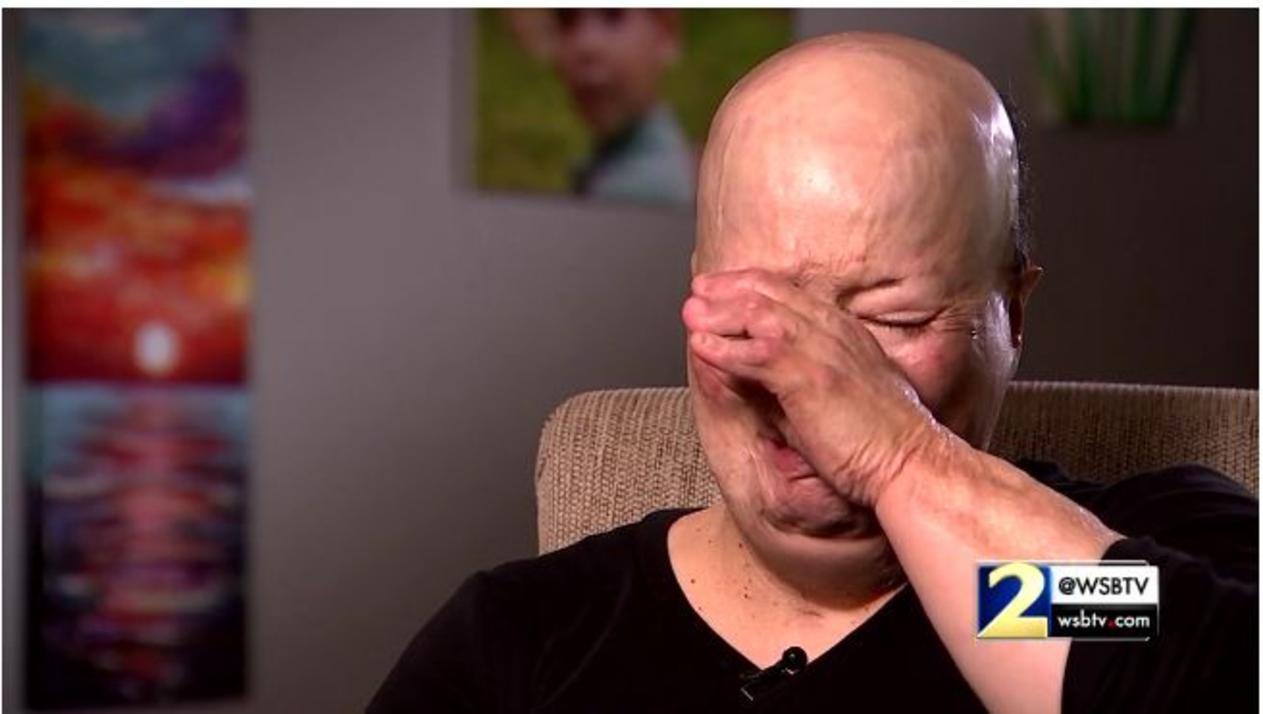 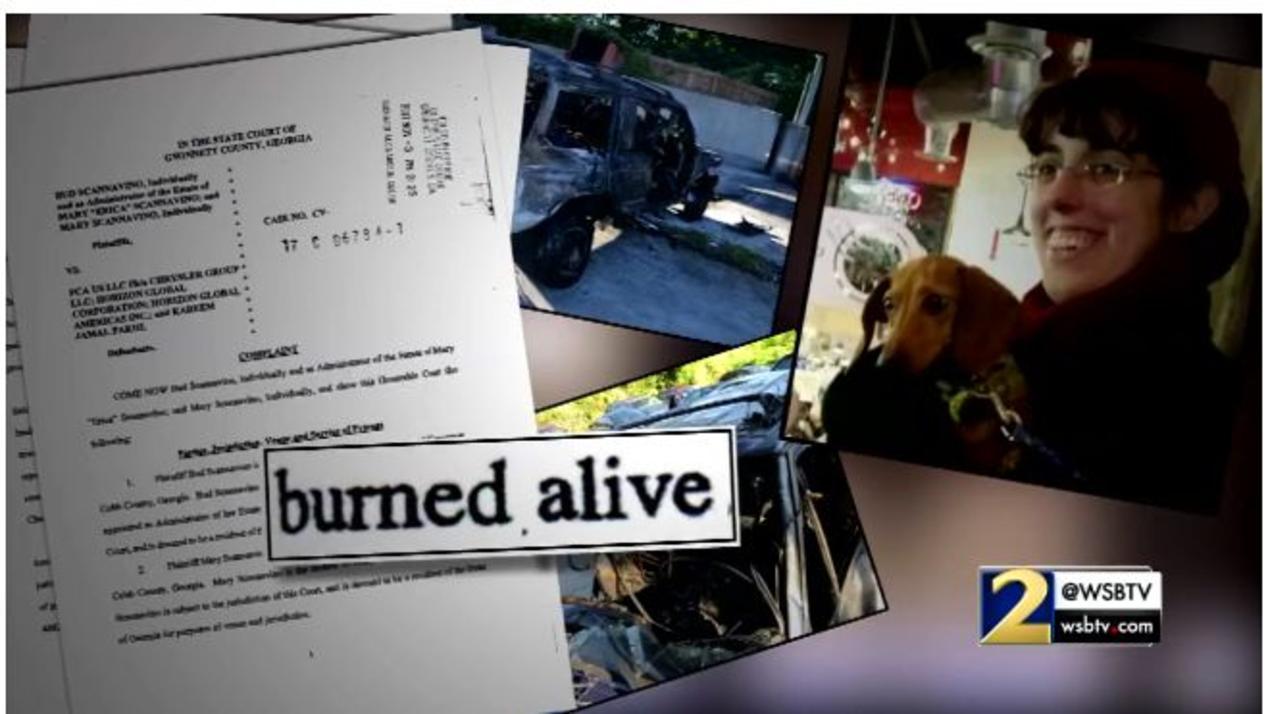 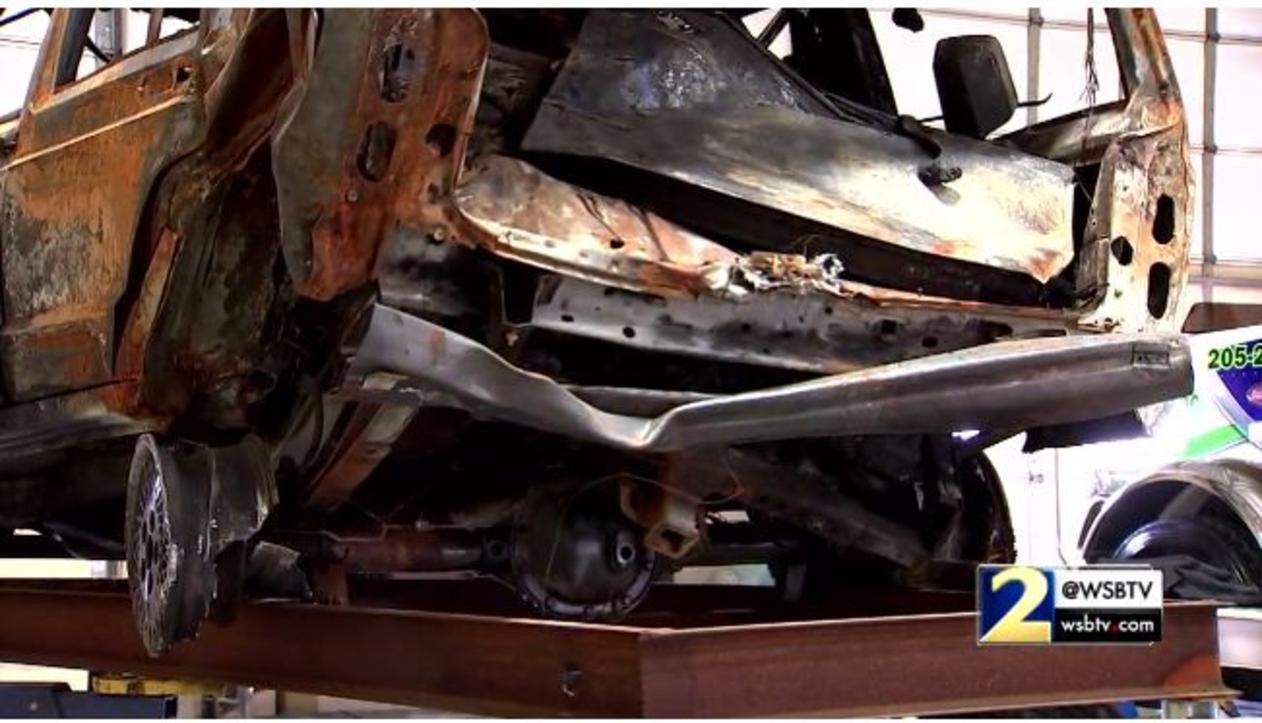 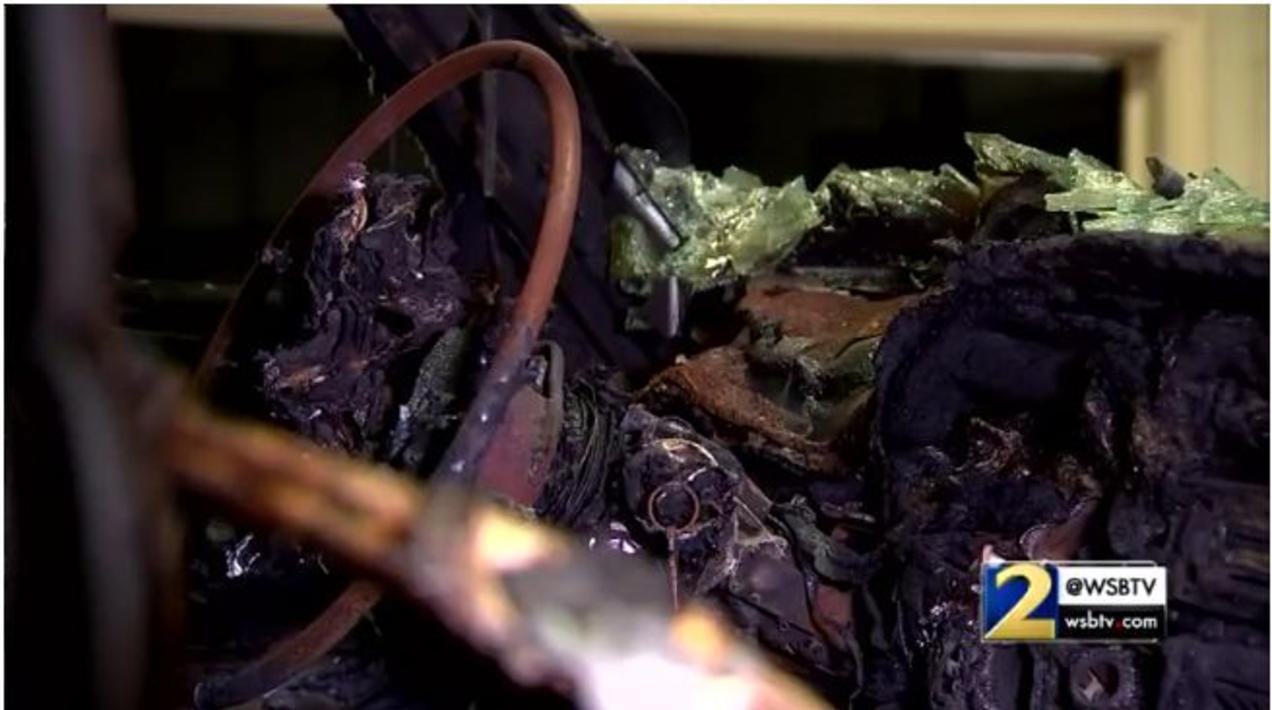 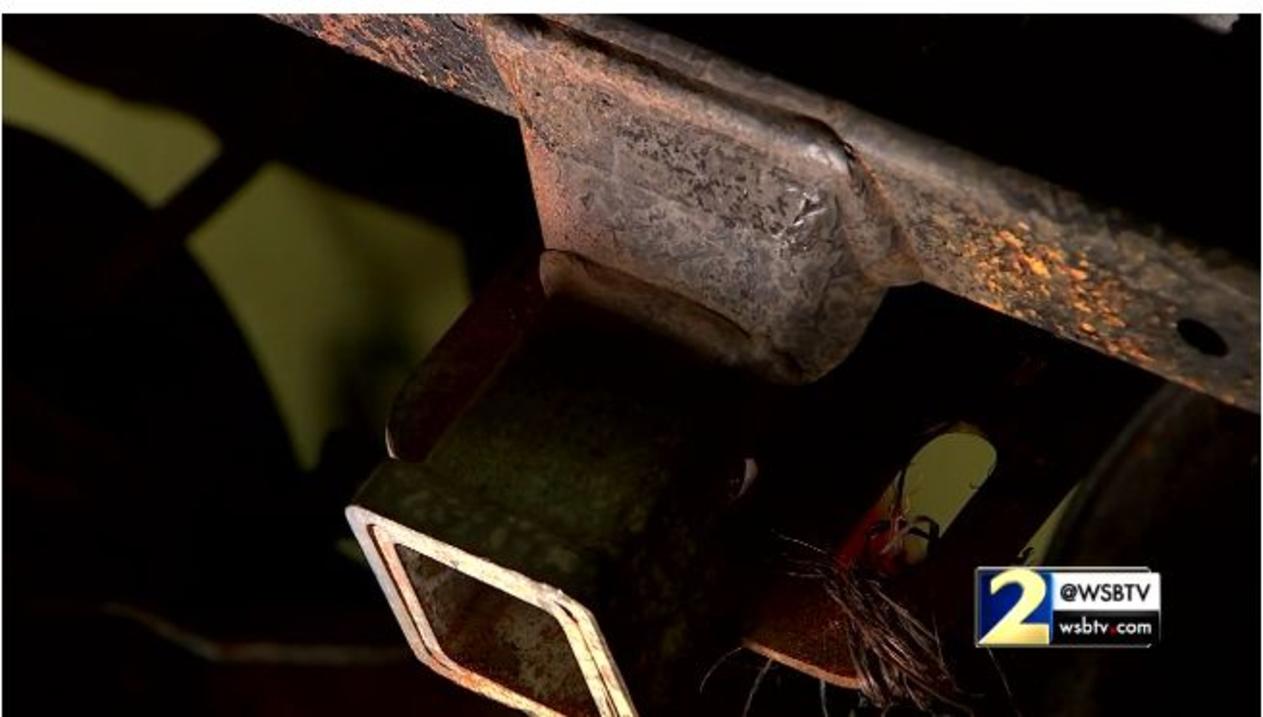